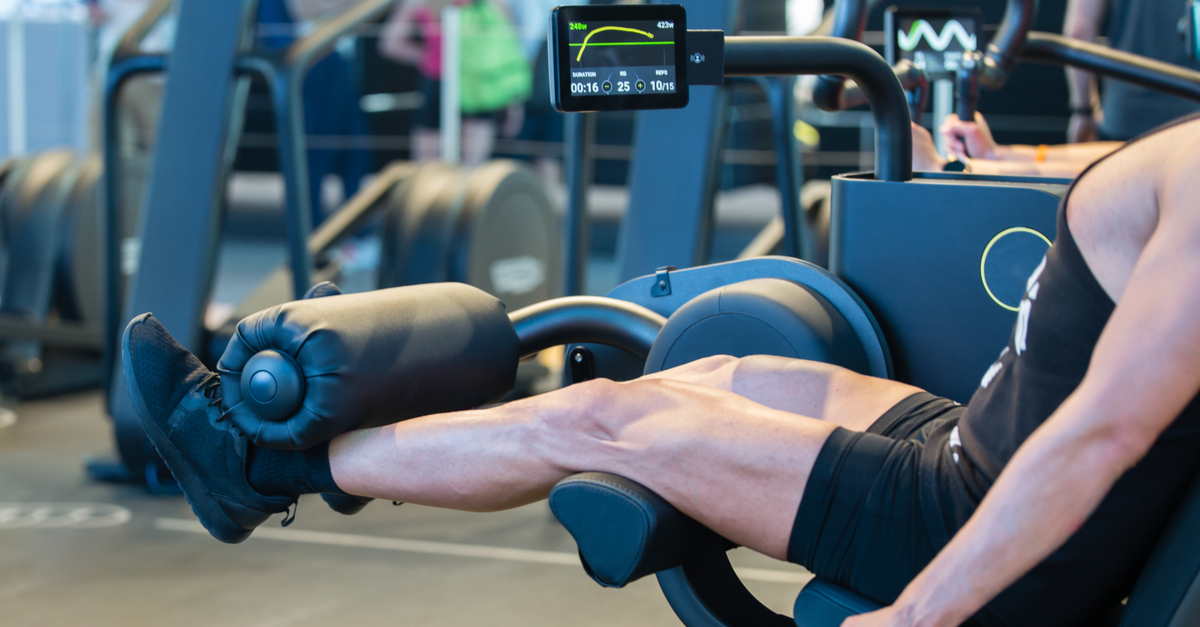 The gold standard measuring equipment for objective muscle strength assessment is isokinetic dynamometry (IKD). It is used as a reference for assessing validity and reliability of other measuring devices. In clinical settings, however, isometric knee extension muscle strength is commonly assessed using a hand-held dynamometer (HHD), since isokinetic testing is expensive and time consuming. To date there are no studies comparing HHD and IKD in the same sitting position with bilateral upper and lower limbs to support the body.

The present study determined the validity and reliability of isometric knee extension muscle strength measurement using belt-stabilized HHD compared to measurement using IKD with the participant in a sitting position.

Forty-two university students were enrolled in the study. Knee extension muscle strength measurement was performed on the right leg using both HHD and IKD. The IKD measurement equipment was the BIODEX system 3 using a knee attachment, with the dynamometer axis at a line drawn through the lateral femoral condyle on the sagittal plane, with the lower leg cuff located on the distal front side. Isometric strength was assessed using standard HHD protocol (μTas F-1, Anima Corp., Tokyo, Japan). All measurements of HHD and IKD were performed with isometric knee extension exercise at 90° knee flexion. All measurement were conducted with participants in the sitting position. The lower limb of the measurement side was maintained horizontal by inserting a towel under the thigh, and the knee joint was at 90° flexion position, not touching the floor/table. The sensor of the HHD was fastened using Velcro tape on the distal front portion of the lower leg, with the lower end of the sensor fastened using Velcro where it was placed just above the malleolus.

Two measurements with each device were conducted after orientation and one practice session. The rest time between measurements was >30 s. Each measurement was performed for 5 s in order to maintain and reach the maximal contractions in 3 s. The examiner verbally instructed the participants to put in their best effort during the exercise. The highest value obtained during measurement was recorded. In order to compare the measured values of HHD and IKD, the value of HHD calculated the torque value (Nm) after measuring the distance from the knee joint lateral space to the height of the central part of the sensor.

Reliability of the two measurements was confirmed using the intra-class correlation coefficient technique. Gender differences were examined by unpaired t-test or Mann-Whitney test after confirming for normality and equal variance. Validity was assessed by comparing strength measurements obtained by the criterion IKD versus the strength obtained using HHD using a paired-t-test and correlation analyses.

Test-retest consistency for both methods was considered acceptable for clinical practice. No significant difference was observed between HHD and IKD knee extension strength for both males and females.

A significant positive correlation was observed in the male (r = 0.71) when comparing HHD with IKD scores. The data were less valid for the females.

The present study demonstrates that knee-extension measurements using HHD with the participant in the sitting posture is highly reliable, has criterion-related validity with IKD in the male, and has acceptable reproducibility for both males and females.