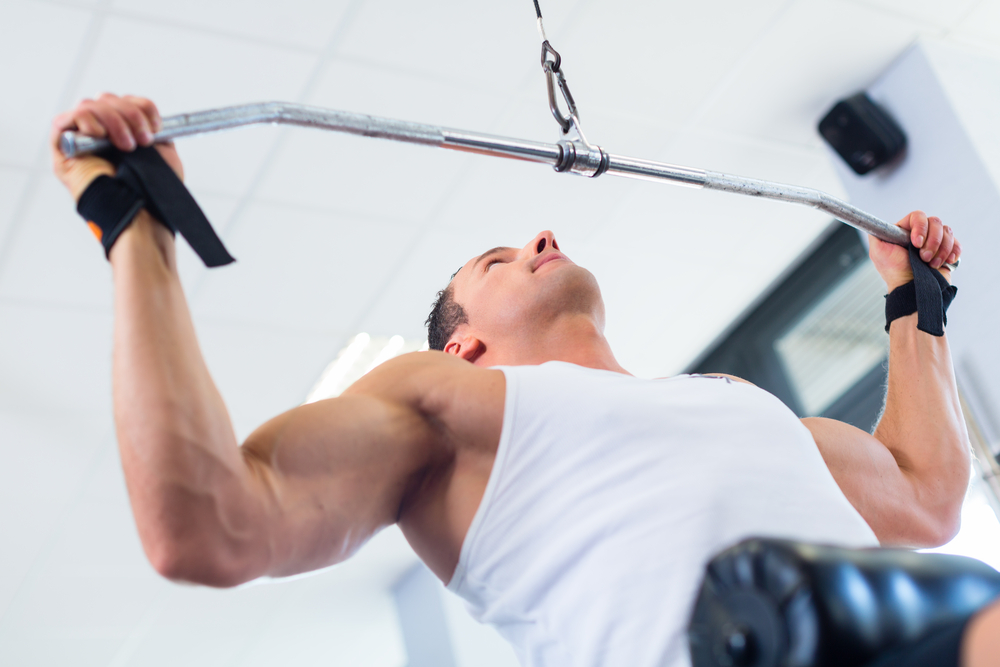 These fibrils or myofibrils, approximately 1 mm (1 mm = 1/1000 mm) in diameter, contain even smaller subunits called filaments or myofilaments that lie parallel to the long axis of the myofibril. The myofilaments chiefly consist of ordered assemblages of the protein’s actin and myosin that account for about 85% of the myofibrillar complex.

At low magnification with an electron microscope, alternating light and dark bands along the length of the skeletal muscle fiber can be seen and give it a characteristic striated appearance. The figure on the right illustrates structural details of this cross-striation pattern within a myofibril. The I band represents the lighter area and the A band represents the darker area. The Z line bisects the I band and adheres to the sarcolemma; it provides stability to the entire structure. Optical properties denote the specific bands. When polarized light passes through the I band, it moves at the same velocity in all directions– termed isotropic. Light passing through the A band does not scatter equally (anisotropic). The letter Z indicates “between” (from German); the letter M denotes “middle”; and the letter H denotes “a clear disk or zone.”

The sarcomere consists of basic repeating units between two Z lines and comprises the functional unit of a muscle fiber. The actin and bipolar myosin filaments within the sarcomere contribute primarily to the mechanics of muscle contraction.

Sarcomeres lie in series, and their filaments have a parallel configuration within a given fiber. At rest, the length of each sarcomere averages 2.5 mm. A myofibril 15-mm long contains about 6000 sarcomeres joined end to end. The sarcomere’s length largely determines a muscle’s functional properties.

The position of thin actin and thicker myosin proteins in the sarcomere creates an interdigitating overlap of the two filaments. The center of the A band contains the H zone, a region of lower optical density because this area has no actin filaments. The M band bisects the central portion of the H zone, which delineates the sarcomere’s center. The M band consists of the protein structures that support the arrangement of the myosin filaments.

The long axis of a muscle determines the arrangement of individual fibers from an imaginary line drawn through the origin and insertion, or the fiber angle relative to the force-generating axis. Differences in sarcomere alignment and length strongly affect a muscle’s force- and power-generating capacity. The figure here presents the six types of human muscle fiber arrangement with specific examples of each. Fusiform or spindle-shaped fibers run parallel to the muscle’s long axis (e.g., biceps brachii) and taper at the tendinous attachment. In contrast, pennate or fan-shaped fibers’ fasciculi (bundles of fibers) lie at an oblique pennation angle. Of functional significance, pennation characteristics directly impact sarcomere number per cross-sectional muscle area. No fibers run the full muscle length. In essence, pennation allows individual muscle fibers to remain short while the overall muscle may attain considerable length. A fusiform fiber has no pennation, so the fiber’s cross-sectional area represents the true anatomic cross section. In pennate muscle, the complex arrangement of connective tissue, tendons, and relatively short fibers creates a larger cross-sectional area than fusiform fibers because more sarcomeres “pack” into a given volume of muscle. Pennation per se allows packing of a large number of fibers into a smaller cross-sectional area. Pennate muscles tend to generate considerable power.

Fusiform muscle fibers run parallel to a muscle’s long axis. In this case, fiber length equals muscle length, and a fiber’s force generation transmits directly to the tendon. This arrangement facilitates rapid muscle shortening. A unipennate fiber arrangement, where muscle fibers lie at an oblique angle to the tendon, produces a larger effective cross-sectional area than in fusiform muscle. Other factors being equal, muscles with greater pennation, yet slower in contractile velocity, generate greater force and power than fusiform muscles because more sarcomeres contribute to muscle action. A bipennate muscle has two sets of fibers that lie obliquely on both sides of a common tendon (e.g., gastrocnemius and rectus femoris muscles). The multipennate deltoid muscle contains more than two sets of fibers that converge at different angles and insert directly into tendons at both their ends.

Most people use the terms contraction and action interchangeably to refer to the same event. From a science point-of-view, muscle action is the preferable term.